Todays article is a guest post written by a man I massively respect, Ryan Andrews. I first came across his work in Alan Aragon’s research review in a fascinating article entitled “eating to prevent the apocalypse”. It was the best article I had read which comprehensively compiled the research surrounding eating to support the environment, in an evidence-based but non-intimidating way. I find that often the information on this topic can be scaremongering and extreme. In fact the situation is extreme, extremely worrying, however Ryan talks about it in a rational and digestible way which outlines what we can actually do to make a difference. And it doesn’t mean giving up everything you love.

I ask that you read this interview with an open mind. We tried to create a post which is short, sweet and accessible. In condensing the information we have only touched on a few points which you may want us to explore in more depth. If you have any further questions then tweet me and I can work with Ryan on a future article dressing them!

So, what is your background?

I started to get involved in nutrition (and fitness/health) at the age of 14. Until the age of 20 I was a nationally competitive bodybuilder. I studied nutrition and exercise in undergraduate/graduate school. In grad school I worked as a research/teaching assistant, and started to develop a new level of respect for the scientific process. After grad school, while I was completing my dietetic internship, I started to develop a new level of respect for counseling and â€œreal worldâ€ behavior change (which is often veeerrrrry gradual). Having experience and respect for both the â€œresearch labâ€ and the â€œreal worldâ€ has allowed me to look at nutrition problems through a unique lens.

I should also mention that the way I view food and nutrition really started to shift on a deeper level early in grad school. See, during this time I took an ethics in research class, and I was learning about using animals in research (and feeling a bit unsettled by it). After several discussions with a lab assistant, I had an epiphany:

My daily food choices influence factors beyond my own health.

In other words, what I choose to put on my plate each day has a ripple effect that extends to farm laborers, animals, and the environment. This was when I started to not only consider how food influences my body, but how food influences factors outside my body as well.

What is your approach to nutrition now?

Well, beyond foundational principles that your readers are probably familiar with (e.g., eating mostly minimally processed plant foods, drinking plenty of water, knowing and respecting body cues for hunger/fullness), I’ll talk about something that has probably had the biggest influence on my own nutritional path: Making choices with the greater good in mind.

One of the most common things I’ve heard over the past decade from my nutrition clients is how much they struggle with motivation and willpower to eat â€œhealthyâ€. I don’t think this is because human beings are going through an epidemic of willpower depletion, rather, I think it’s because sometimes when we are making nutrition choices, we emphasize our self-interest a little bit too much, and this creates blinders to how our choices influence the rest of the world.

Think about all of the things we do with the greater good in mind:

These are things that can be challenging, no doubt. However, these kinds of behaviors don’t require soul crushing levels of willpower and motivation. Rather, these behaviors are more effortless because they align with our â€œbigger-than-selfâ€ goals. These are the goals that go beyond our own self-interest and allow us to feel hopeful, grateful, and inspired.

Essentially, when a cause is bigger than us, we’re more likely to stick with it long term, without having to white knuckle it with willpower reserves.

This is something I apply to my own eating. I keep my â€œbigger-than-selfâ€ goals in the forefront of my mind, and it really makes for a more effortless and rewarding journey.

Right, let’s get into the nitty-gritty. Talk to us about animal agriculture?

Well, first off, I would discourage anyone from thinking about animal agriculture in terms of â€˜good’ or â€˜bad’. Context matters, and the role that animals play in agriculture varies enormously across the planet. Animals might be an essential source of labor on farms in certain regions. Or animals might be a source of food security, converting otherwise inedible vegetation into calories/nutrients when access to a variety of other plant foods isn’t available.

It’s even possible for animals to be part of an integrated crop/livestock system that has environmental benefits, such as sequestering carbon in soil, efficiently using water, and rebuilding ecosystems.

The demand for animal products is so high in the UK, US, and Canada that we’ve become reliant on CAFOs (concentrated animal feeding operations) for efficiency. This is where the vast majority of meat, dairy, and eggs come from. And this has led to some really scary environmental consequences, including:

Ok, that’s a lot to take in! But what about fish? Surely that’s ok?

90% of fish stocks are exploited or overexploited. If this kind of overfishing (and pollution) continues, we can expect to see a complete collapse of world fish populations by 2048. That’s only 31 years!

Beyond eating less fish, another sustainable solution is to expand the variety of species consumed. There are more than 1,700 different species of seafood, meanwhile developed nations rely mostly on tuna, salmon, and shrimp. This drives exploitation.

Other seafood that tends to be more sustainable includes filter feeders like clams, mussels, oysters, and scallops.

Damn. Is there anything else we should consider?

There are four other areas I would encourage you to be aware of when it comes to sustainable eating:

So what can I do?

Depending on what circles you run in, all of this information might be brand new to you. Hopefully you don’t find it paralyzing, but empowering. Here’s a summary of the big takeaways:

A Note From Zanna…

The reason why I respect Ryan so much is that he has a balanced and rational approach. He doesn’t expect everyone to give up all animal products and he understands the value of high quality, ethical and sustainable farming practices (e.g. grazing cows on pasture and their benefits for the soil). Everything he says is backed by evidence and he isn’t afraid to use a reference (or twenty)! I hope to collaborate with him more and more over the coming months, so let us know what you want to see. 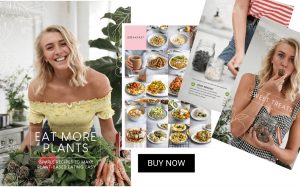