When planning a city break Athens might not be the first destination to pop to mind, and I’m here to tell you why it should be. This beautiful city is vastly underrated. It manages to combine history and modernity, featuring vibrant scattered with ancient ruins. Plus it gets bonus points for being super affordable. So next time you’re planning a European escape, pop it on your list!

Athens is a surprisingly large city, but the the centre is small. You can easily wander between the main districts on foot. I highly recommend Monastiraki, Kolonaki and then of course Plaka for it’s unique boutiques and quaint coffee shops. Stop off in the small squares and grab a coffee in the sunshine, Athens is a prime people watching location.

If there is one neighbourhood you need to experience, its this. Located in upper Athens just beneath the Acropolis is the small area of Anafiotika. It features narrow alleyways, winding paths, white washed houses, overgrowing gardens and quaint cottages. Somehow it gives the feeling of being on a small greek island, while exploring a capital city!

Athens is steeped in ancient history, you can’t escape it! There are temples and ruins around every corner. Of course, don’t miss the Acropolis and Parthenon on top of the iconic plateau in the centre of the city. Other popular historical sites include; the Temple of Zeus, Temple of Hephaestus, Hadrians Library and the Odeon of Herodes Atticus. You’re spoilt for choice!

If you’re feeling active, pop on your trainers and hike up to the top of Mount Lycabettus. It is a short, steep and sweaty climb; which rewards you with a panoramic view of the city. You can even grab a coffee or a meal at the top, at one of two restaurants.

Located in the heart of Athens, be sure to visit Syntagma Square and watch the changing of the guards (Sundays at 11am is apparently their most epic ceremony!). Then you can pop into the neighbouring National Gardens which provides some refreshing green space in the hustle and bustle of the city. Look out for the wild tortoises hidden in the hedges!

If you’re on the hunt for some hidden treasures, then head to the cities Flea Market. Once you get past the usual tourist traps shops, there are some incredible authentic stalls which are covered in the most eclectic mix of objects and antiques. You could browse for hours!

The quickest, easiness and arguably most fun way to explore Athens is on a private guided tour. I personally experienced the Athens Urban Adventures Culinary tour, where we visited the best local coffee spots, deli’s, cafes and bakeries. We tried authentic greek food and were practically rolling home! I managed to squeeze in the Athens Urban Adventures Bohemian Tales of the City Tour and Acropolis Historical Tour too! In the evening, I loved the Cocktail Tour with Athens Insiders, basically tasting authentic greek cocktails and getting a little tipsy with your tour guide! These tours meant I got to experience Athens as more of a local, rather than a tourist, which I throughly enjoyed.

For Next Time: If I had been in Athens for a little longer, I would have caught the train out of town towards Lake Vouliagmeni; to swim in the hot springs there!

Brunch: I only managed to squeeze in one brunch during my time in Athens but damn it was good! Estrella is a cafe which constantly has a queue out the door, and it’s popular for a reason. I mean they have over 10 different types of pancakes, which says it all really. The portions are huge and the prices are cheap. You could easily share a stack between two!

Street Food: If you’re on the go, then don’t miss Falafellas. It is a hole in the wall style cafe which serves up the most popular falafel in town. There is almost always a queue, but the short wait is worth it!

Coffee: There are a million and one coffee shops lining the streets of Athens, you won’t have to walk far to find a good one. However, if you’re looking for authentic Greek coffee then head to a little known local spot called Mokka. They have traditional Greek coffee which is heated in a warm sand bath. Warning: it’s strong!

Dessert: In Greece their most traditional dessert is Lukumades; small circular doughnuts which are deep fried and can be stuffed with a sweet or savoury filling. Head to Lukumades to grab a box of these nuggets of joy. Toppings include bueno, snickers, ice cream, cinnamon, and so much more. They’re just incredible!

Healthy Food: If you’re craving a salad after all the delicious Greek treats, then I’ve got you covered. Mama Tierra and Avocado both serve up incredible vegetarian/vegan lunch and dinner. When you’re on the go, you can grab a snack or juice from Vegan Nation. If you’re feeling super healthy then head to the uber virtuous Nice N Easy which even lists the macronutrients of each item on the menu.

Local Produce: There are am abundance of “tourist trap” deli’s and shops across town which all sell the same food products. If you want the real deal, then head to Yolenis. It is the most incredible local deli which is jam packed with the best produce in town. Grab the traditional pasta if you can!

Cocktails: If you’re heading out for drinks then don’t miss Baba au Rum and Six Dogs; the two most iconic bars in town with some pretty crazy cocktail combinations. Six Dogs also acts as a unique cafe and art space in the daytime.

We stayed at the Hotel Grande Bretagne and it was absolutely incredible. It is located in the heart of Athens, in Syntagma Square, so you can easily access the city centre. The rooms are divine. The spa is incredible. The gym facilities are on point. But the best bit? the rooftop restaurant. I loved having a long breakfast with the most insane view over the city. It’s unrivalled.

We flew with Aegean, a classic Greek airline who offer traditional greek hospitality. They have three flights a day direct from London to Athens and are pretty affordable too!

Check out my travel vlog of our adventures. Follow Anna, my partner in crime for the weekend. Learn more about the city with Discover Greece. 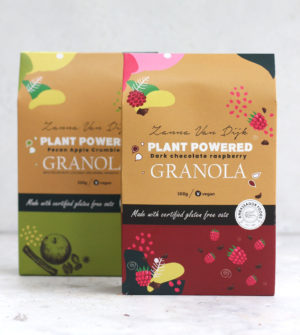